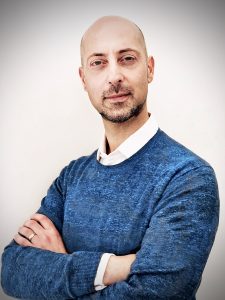 Salvatore is a warm and enthusiastic voice coach, ready to offer voice, speech and dialect support to your theatre, film or TV production. He originally trained as an actor at the Bristol Old Vic Theatre School and as a voice and accent coach at The Royal Central School of Speech and Drama.

In theatre he has worked on shows both in the West End and at Shakespeare's Globe. For the past seven years he has taught and coached voice and accent on over 90 productions at East 15 Acting School, Royal Central, LAMDA and RADA.

In film and television he has worked for the BBC, Warner Brothers, More 4, Spartiate Films and Picture Perfect Ltd.

Salvatore combines voice and movement to create an embodied understanding of voice and accent work in performance. He is currently certifying in the Knight Thompson Speech practice from the US and specialises in accents from the United States, United Kingdom, Australia and Europe.