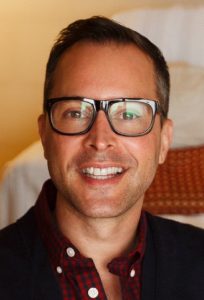 Neil trained as an actor at Rose Bruford College, and as a voice teacher at The Central School of Speech and Drama. For three years, he was a member of the voice department at The Royal Shakespeare Company where, as resident voice and dialect coach, he worked on over 30 productions. Neil’s work is in demand both nationally and internationally with actors and directors in Iceland, Poland, Mexico, South Africa and the USA.

In the UK he regularly works with all the major theatre companies including: The National Theatre, The Royal Court, Sheffield Theatres, The Royal Exchange Manchester, The Old and Young Vic Theatres, The Donmar Warehouse, and most of the producing houses in London’s West End. On film and television his work includes: The Favourite, The King’s Speech, Womb, Cracks, Defiance, Sweeney Todd, Atonement, Stardust, Hot Fuzz, Until Death, Sixty Six, Rome (series 1), Niceland and Magnificent Seven.