The way we sound tells the story of who we are. An increasing fascination/obsession with the simple truth led Jo into the delights of dialect/dialogue coaching.

Edinburgh born and bred, Jo studied at the Royal Scottish Academy of Drama and as a post-graduate in voice and dialect studies at Central.

Film work has taken her to many international locations and studios.  The opportunity of working with wonderful directors: Shona Auerbach, Uri Barbash, Asif Kapadia, David McKenzie, Francois Ozon, Adrian Shergold, Danny Boyle, Brad Anderson, Philip Martin makes Jo happy to grab that ready-packed bag to fly off to … wherever … or to re-discover the sounds of native Scotland. 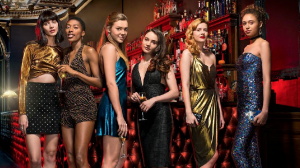