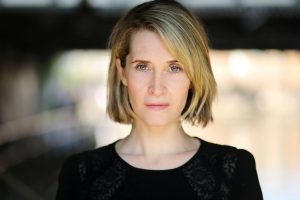 Daniele is an experienced Dialect and Voice coach.

She has an MA in Voice from The Royal Central School of Speech and Drama and a BA in Drama from Webber Douglas Academy of Dramatic Art.

Daniele enjoys working in Theatre, Film and TV, working extensively across all media.

Key to her work is understanding the many different feelings actors may have when approaching dialect. She helps to find a route specific to the individual, whilst keeping it fun, playful and sustainable.

Daniele is the Resident Dialect coach on Harry Potter and The Cursed Child.  She adapted Parseltongue from the films to the stage and helped to set up and maintain the dialects on the productions on Broadway, Melbourne, San Francisco and Toronto .

She enjoys working on various genres of film, from Kenneth Branaghs ‘Death on the Nile’ to Ari Folman’s Animation ‘Where is Anne Frank?’

She has also created languages for Sci Fi films ‘Rogue One, A Star Wars Story ‘and ‘Shipbuilders’ a German futuristic Film.

Some actors Daniele has worked with include 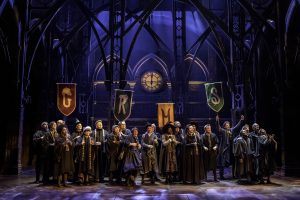