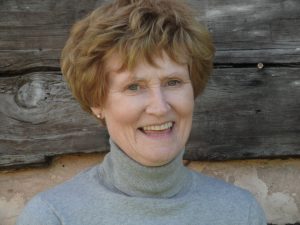 Charmian has been a voice and dialect specialist coaching actors for the past 30 years. She was trained at the Central School of Speech and Drama where she did the teachers course, obtaining a Bachelor of Education degree and then went on to do the Voice course specializing in voice and dialect training.

During her early career she worked at RADA and the Guildhall School of Music and Drama where she helped to train many young actors who have gone on to successful careers. Ewan McGregor, Daniel Craig, Damien Lewis, James Dreyfuss, Orlando Bloom, Daniel Evans, Monica Dolan, Michael Sheen and Natasha Little to name but a few.

She also has a long association with the Royal Shakspeare Company. She worked there full time for a year in 1990 as an assistant to Andrew Wadein the Voice Department and since then has been employed to work on numerous productions both as a voice coach and dialect coach in London and in Stratford. During her time at the RSC not only was she working individually with actors on language and text and vocal technique but also running vocal warm ups and helping actors with the vocal demands of the theatre spaces.

Her theatre work as a dialect coach is extensive and she has worked on productions at the Royal National Theatre, Shakespeare’s Globe, The Young Vic, The Almeida theatre, The Royal Court, Royal Exchange theatre Manchester, Chichester Festival Theatre, Birmingham Rep, Salisbury Playhouse and Derby Playhouse. And abroad she has worked for the Theatre for a New Audience, New York and Shakespeare Festival theatre, Stratford Ontario, Canada.

She has also worked extensively in the media of film and television.